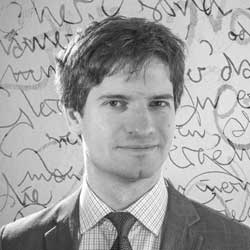 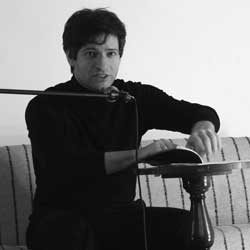 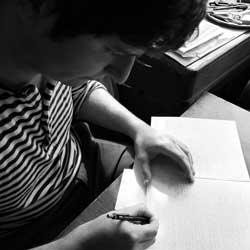 Alexander Estis was born in 1986 into a Jewish family of artists in Moscow; he received training there at art schools and from Moscow artists. In 1996 he moved with his parents to Hamburg.

After completing his studies in German and Latin philology, he worked as a teacher of Latin and art at a grammar school, as well as a research assistant and lecturer for German language and literature at a number of universities. Since 2016 he has been living as a freelance author in Aarau.

Alexander Estis works mainly in short form literature (shortest prose, aphorism, glosses, scenic miniatures, epigrams and lyrical fragments). A particular feature of his work is the amalgamation of prosaic and metric form, satire and tragedy, essay and fiction as well as word and image. His texts are published in anthologies and magazines (including Sinn und Form, Lichtungen, Entwürfe) and as independent collections. He also writes glosses and columns for newspapers (e.g. for The European, Neue Zürcher Zeitung, Frankfurter Rundschau, Neues Deutschland, Nezavisimaya Gazeta Moscow), essays, translations and philological articles.

Alexander Estis is a member of the Association of Swiss Authors and of the Exile PEN Center. Readings of his texts take place in Germany, Switzerland and Austria; he lectures on literature and gives courses in literary writing. He has received numerous awards and grants for his texts, most recently the Rolf Bossert Memorial Prize. From 2020 to 2021, he is a Lydia Eymann scholarship holder in Langenthal (Switzerland).